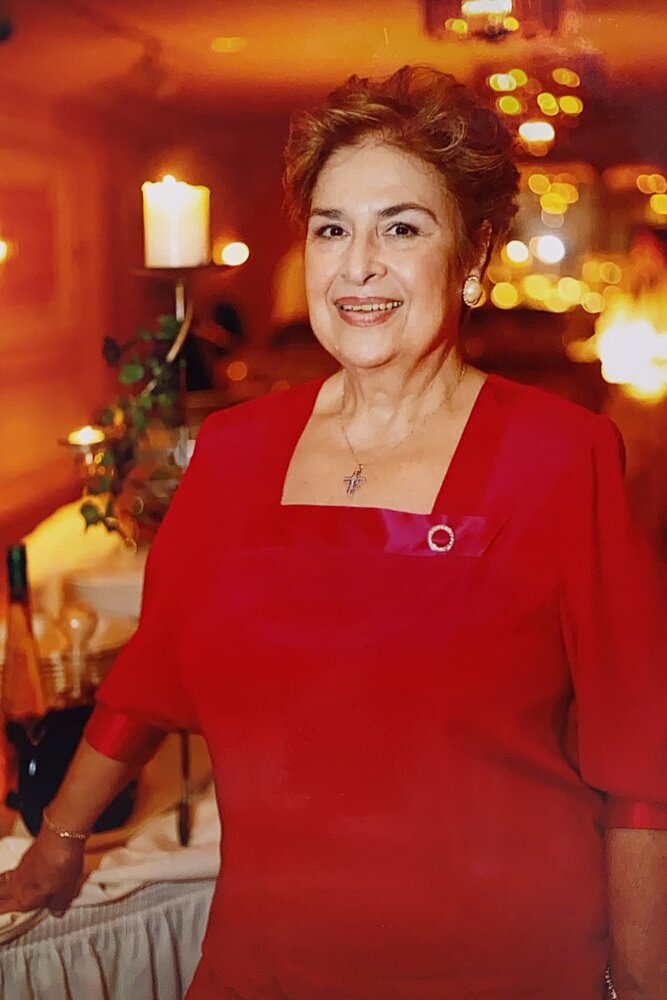 Mina was born in Kerkyra, Greece in 1945 and spent her childhood growing up both there and on the nearby island of Paxos. Upon graduating high school, she moved to London and spent three years studying at Pitman College. She returned to Greece and began working at Esso Pappas (ExxonMobil) in Athens. It was there where she met her loving husband of 52 years, George Souflis. They married in 1969 and emigrated to the United States shortly after. She was a dedicated parishioner of St. John The Theologian Greek Orthodox Cathedral in Tenafly, serving a term as President of the Mothers' Club and as a longtime member of the Philoptochos Society. It was her passion for adventure, history and culture that ignited her love of travel, and together with George, Mina visited and experienced the world. She loved to say that she travelled to every continent except for Antarctica!

Above all, Mina was the beloved matriarch of her family and dedicated her life to raising her children and caring for all. She embraced every moment with family and especially cherished her role as Nonna. Devoted mother to Anastasios Souflis and his wife Sharon, Stephanie Bogetti-D'Ambrosa and her husband David, and Mariella Kapsaskis and her husband Demetrios. Treasured Yiayia and "Nonna" to Meghan, George, Zachary, Christopher, Georgica, Dionisi, George, and her newest granddaughter and namesake, Mina. Dear sister of Spiros Velianitis and his wife Eleni, and the late Elli Velianitis.

The family will receive their friends on Tuesday, October 12th from 4- 8 pm at the Frank A. Patti and Kenneth Mikatarian Funeral Home, 327 Main Street in Fort Lee. All are asked to assemble Wednesday, October 13th at St. John The Theologian Greek Orthodox Cathedral in Tenafly at 10:00 AM. Memorial donations in her name may be made to St. John the Theologian Greek Orthodox Cathedral. For condolences, directions, or information, call (201) 944-0100 or visit www.frankpatti.com.

Share Your Memory of
Mina
Upload Your Memory View All Memories
Be the first to upload a memory!
Share A Memory