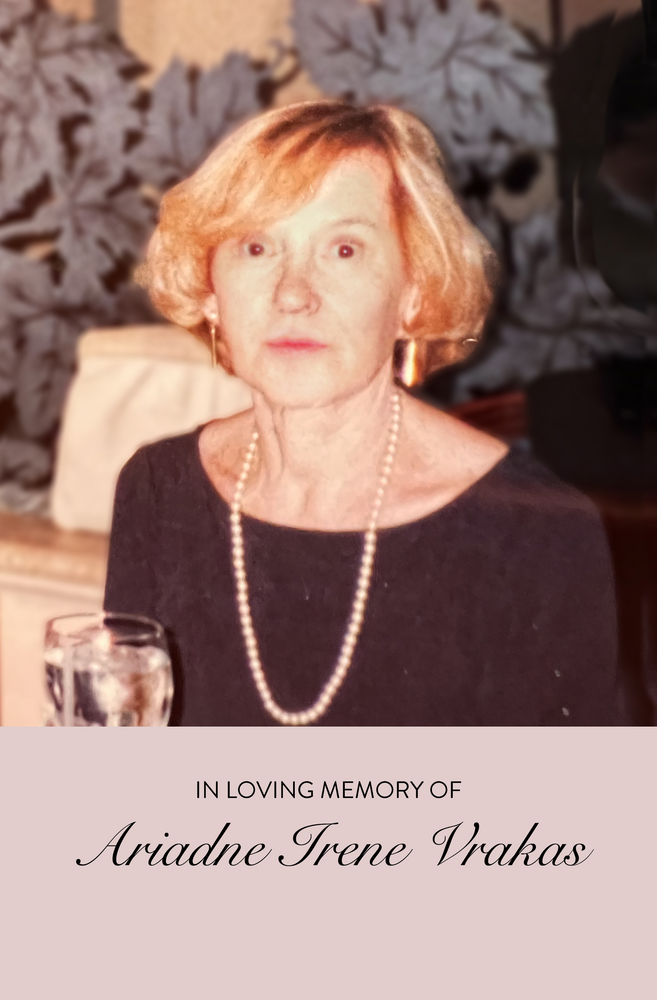 She was born in Skalohori, Greece in 1934, and came to the United States in 1947 with her mother and her two sisters, Joan and Helen. Ariadne traveled widely, starting at a young age. She returned to Greece at the age of 20 to be close to her grandmother, in their hometown. Returning to New York area a few years later, she started a career with Quaker Oats and later moved to Phillip Morris in their headquarters on Park Avenue in Manhattan. After retiring in 1997, she enjoyed traveling with her sister, Helen and her brother-in-law Peter Hoffman to Greece, Italy, Germany, Hawaii and other far-flung places. She had a lifelong love of “ghoulies” (horror movies, to the rest of us) and was a friend and devoted pet-mom to all creatures with four paws, fur, or feathers. She is survived by her cherished sisters Joan Kafes and Helen Hoffman and her nephews Michael Calligeros and David Calligeros.

Share Your Memory of
Ariadne
Upload Your Memory View All Memories
Be the first to upload a memory!
Share A Memory