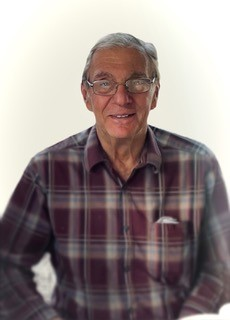 Born in Palisades Park, Anthony raised his family in Bergenfield and Demarest. Tony was the owner of Apex Auto in Fort Lee, for nearly 60 years.  He had an interest in construction; building his body shop, his sons’ houses and several other projects.  Anthony had a love for giving a hand-up to help others get started and was genuinely interested in seeing people establish themselves in life and business.  He enjoyed seeing them happy and flourish with whatever they chose to do.

Beloved husband of his high school sweetheart, the late Geraldine (nee: Paris, 2007). Devoted father of Anthony (1996), Mark (Cliffside Park) and Steven and his wife Dara (Emerson). Loving grandfather to Steven, Ashley and Holly. And special friend to Esther Lee and her children, Simon and Olivia.

Anthony came from a large family. He is predeceased by his sister Anna D’Ambrosio (2016), brother Frank (2018) and sister-in-law Denise (2019). He is survived by Thomas and Nicki, Michael and Nareetat, Peter and Janet, Louis, and Eileen and Vinny Anglace; sisters-in-law, Marianne Fitzpatrick and Betty Paris and his numerous adoring nieces and nephews, near and far.

Anthony made an impact on many lives and he will be greatly missed for his kind and easy words and demeanor, by his family, many friends and business associates.

The family will receive their friends on Tuesday 3:00 - 7:00 PM  at the and Kenneth Mikatarian Funeral Home 327 Main Street “opposite the Fort Lee Library”.  The funeral will leave Wednesday at  9:30 AM  for the celebration of his funeral mass in St. Michael  R.C. Church at 10:00 AM.   In lieu of flowers donations may be made to St. Jude’s Children’s Research Hospital.  For condolences, directions, or information or (201) 944-0100 or. www.frankpatti.com

Share Your Memory of
Anthony
Upload Your Memory View All Memories
Be the first to upload a memory!
Share A Memory