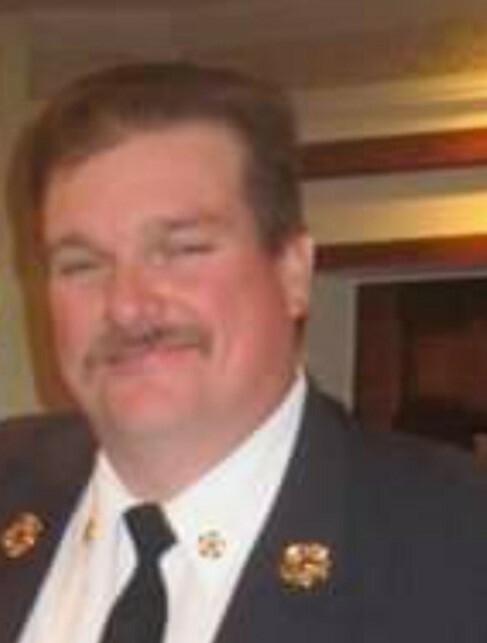 Jackson, Donald, age 56, a lifelong resident of Edgewater, passed away peacefully surrounded by family on Thursday February 24, 2022. An active member of the Edgewater community he worked in the maintenance department of Edgewater. A member of the Edgewater Volunteer Fire Department, he served in all capacities including Fire Chief. He was also well known as one of Edgewater's Fire Inspectors. He loved carpentry, model trains and the Jersey shore. An avid Yankees and Cowboys fan he enjoyed debating with Giants fans.

The family will receive their friends on Monday 10:00 am - 12:00 pm at the Frank A. Patti and Kenneth Mikatarian Funeral Home 327 Main Street "opposite the Fort Lee Library". A prayer service will be offered at 12 pm in the funeral home. Following the prayer service a formal Departmental Fall out and honors will be rendered. Cremation will be private. In lieu of flowers, donations may be made to St. Jude's Children's Research Hospital. For condolences, directions, or information (201) 944-0100.

Share Your Memory of
Donald
Upload Your Memory View All Memories
Be the first to upload a memory!
Share A Memory