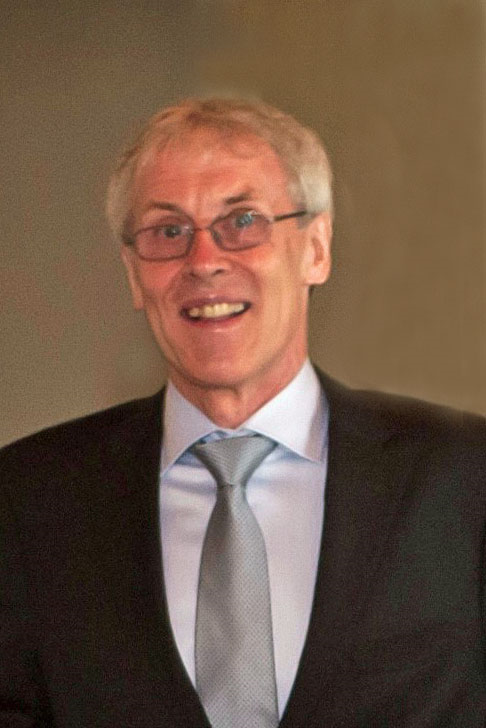 Charles “Charlie” O’Donnell, age 71, of Leonia, passed away peacefully surrounded by his family on Monday April 25, 2022. Born in Derry, Northern Ireland and worked as an engineer for S.L Green Realty in New York City. Beloved husband to Annie (nee; Gallagher). Loving father to Dan and his wife Dana, Trish and her husband Mike, and Declan and his wife Laura. Cherished grandfather to Alexandra and Jackson. Devoted godfather to Anthony Hassett. Brother to Kathleen, Sean, Angela, Eugene, Frank, Susanna, Ann, Pat and Bridie. Son of Francis and Grace. Charlie was raised in Creggan Heights, Derry City and made his way to the United States in 1972, which became his home for the rest of his life. A man of few hobbies – but many interests – he practiced yoga and was a lover of languages, most notably fluent in Gaelic from his time as a youth spent in Gweedore. He loved to sing in Sunday Mass, and he loved to dance with his one and only lady, Annie. He glided on the pitch playing soccer for Adelphi University, leading them to their only National Championship in school history (1974). An All-Ireland U-21 Gaelic Football Champion for Derry (1968) at the age of 17, he went on to roam the field at Gaelic Park in the Bronx, where he starred for Donegal. He dedicated his life to his family, making his kids’ soccer games a priority and never failing to be the loudest supporter. Across 50 years, he shared thousands of smiles and laughs with his soulmate, Annie. As a husband, he was dedicated and doting. As a father, he lent a guiding hand and a tender heart. As a grandfather, he was warm to and protective of his “babas.” He whistled to the birds and howled with his dogs. He wasn’t afraid to laugh at himself, and never lost sight of who he was or where he came from – a proud Son of Ireland and a man who loved his family.

The family will receive their friends on Friday from 4-8pm at the and Kenneth Mikatarian Funeral Home 327 Main Street “opposite the Fort Lee Library”.  The funeral mass will take place at  St. John  R. C. Church at 11:00 AM on Saturday April 30th in Leonia, NJ. In lieu of flowers the family asks that you make donations to the VNA Hospice of Englewood located at 15 Engle Street Suite 301, Englewood ,NJ 07631 or  The Catholic Charities of NYC located at 11th floor  1011 First Avenue , New York NY 10022.    For condolences, directions, or information www.frankpatti.com or call (201) 944-0100.

Share Your Memory of
Charles
Upload Your Memory View All Memories
Be the first to upload a memory!
Share A Memory