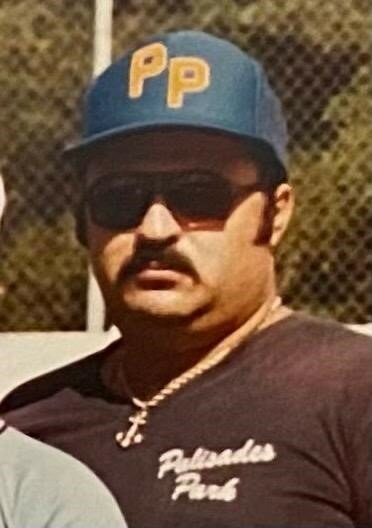 John “Johnny” Edward Aversa, 74, of Toms River (formerly of Palisades Park) passed away peacefully on July 4, 2022 with his loving wife Cookie by his side. John grew up in Cliffside Park, son of the late Magdalena and Michael Aversa and brother of the late Rosemarie Aversa.  John made lots of life-long friends growing up in Cliffside Park and it was there that he met the love of his life, Cookie. High School sweethearts, John & Cookie met as teenagers and were married for over 56 years.

John loved to paint and draw in his younger years and after graduating from Cliffside Park High School he briefly attended the School of Visual Arts in NYC before becoming a blueprint designer at Blickman’s.  While there he won the Snoopy Award for his contributions to Nasa. He later started his own Thumann’s distribution company, John Aversa & Sons, which he owned until 2002.

When he was younger John was an avid bowler and was active in a bowling league in his twenties. He was proud that he had his own bowling bowl and bowling shoes. Other hobbies included woodworking, updating his home, and tending to his Japanese Koi ponds.  He was a loyal Yankees fan, never missing a game on TV and was thrilled to attend the 1996 ALCS with his son Eddie. He also loved to spoil his dogs, Nakita, who passed away in 2013 and Sable. Game Night was another fun activity he enjoyed with his family, usually playing Yhatzee, Trivial Pursuit, Scattegories, or Scrabble.

John was also the Little League coach of Anthony’s Pharmacy for 12 years, coaching both his sons throughout those years. One of John’s favorite achievements was helping to lead his son, Eddie, and the rest of the 1984 Palisades Park Little League 12 year old All-Stars to a NJ State Championship and Eastern Regional Finals appearance,  one win away from the Williamsport World Series and placing tied for 9th in the World Little League Rankings. He would often look back fondly of that summer and to this day, all the long lasting friendships that grew from that experience.

John was happiest near the ocean and enjoyed vacationing with family at the Jersey Shore. He spent lots of time at the beach and out on the water with his uncles and cousins. His dream of owning a house by the beach came true in 1982 when he and his wife purchased a house in Seaside Park. John spent many weekends at his shore house and when it came time to put on an addition, he drew up the blueprints himself.  He loved to go fishing and would often get up at sunrise with his childhood friend, Sandy Brown, to go fishing off the surf right up the block from his beloved shore house.

In his later years, John finally began to travel out of New Jersey and enjoyed several trips with his “Caribbean Connection”, visiting Jamaica and the Dominican Republic with family and friends.  Another hobby he developed as he got older was reading. He especially enjoyed mysteries including the Jesse Stone series and books by James Patterson or John Grisham.

In lieu of flowers, the family suggests a donation to the Humane Society, in honor of John’s love of animals.