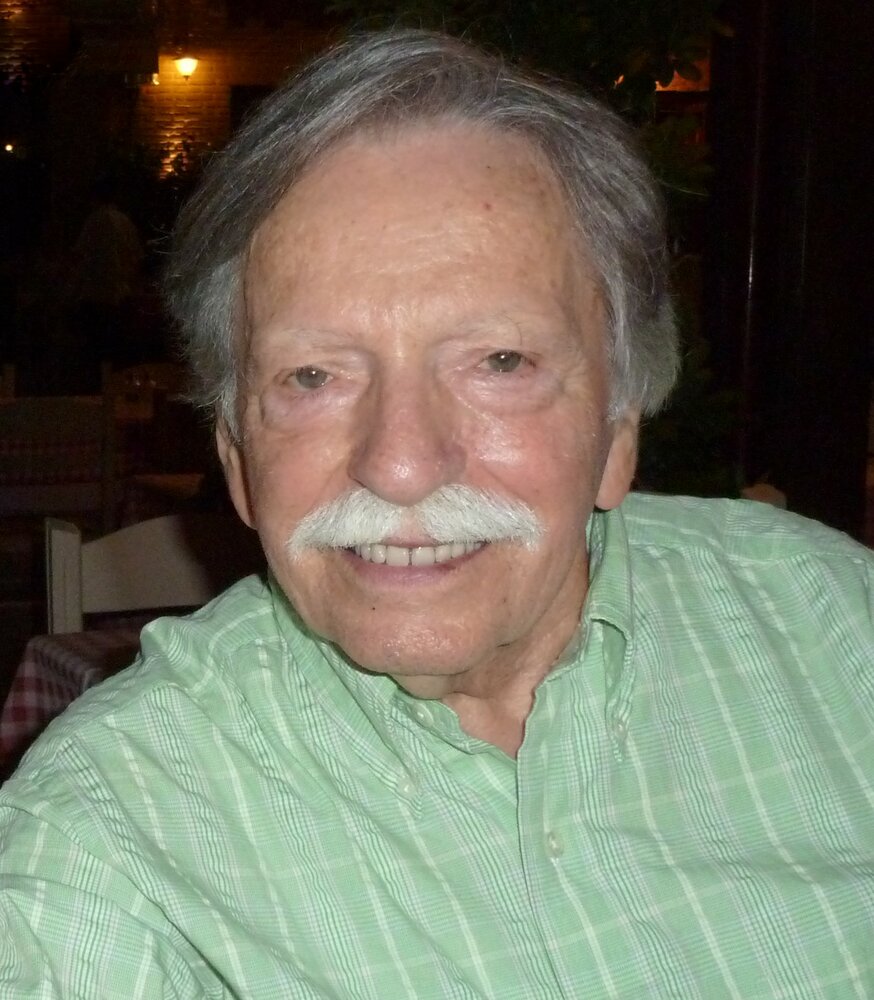 Louis Venetis died on September 9, 2022, at his home in Fort Lee New Jersey.

Born on July 23, 1927, in Greece on the Dodecanese island of Karpathos, Louis Venetis was the eldest of five children. Among his family and friends of Greek descent he was known by his given name, “Elias”. His father, Panagiotis Venetis, was primarily a forman at a steel mill and his mother, Kalliope (Kourouglos), a housekeeper.

Louis’s teenage years in Athens coincided with the German occupation and the subsequent Greek civil war. As it was for many Greek citizens, that period of time was challenging and frightening. The determination and can-do attitude of his father, Panagiotis, however, made day-to-day life tolerable for him and his family. Soon after the war ended, Louis was accepted to the prestigious Greek Merchant Marine Academy. Upon his graduation as a junior officer in September 1951, he became the first member of his family to attain an advanced education degree. Over the ensuing decade, Louis literally traveled to nearly every corner of the globe on numerous commercial voyages. He eventually rose to the rank of First Mate, second in command to a merchant ship’s captain.

Louis met the love of his life, Catherine Kananis, in 1947 in Athens when both were attending an amateur talent show at an outdoor theater close to their respective homes. After a courtship of nearly eight years—lengthened by Louis’s travels in the merchant marine—they were married at Agios Panteleimon Church in Athens on October 10, 1955. Shortly thereafter, the newlyweds moved into an apartment in central Athens in a building owned by Louis’s father. Since Louis’s work required him to be away for long stretches of time, the young couple’s early days of marriage proved to be challenging and oftentimes lonely when they were forced to be apart. In fact, their only child, Peter, was born in 1957, when Louis was at sea, unable to be with Catherine (a fact that he always regretted and that would be instrumental in the couple’s momentous decision to change the course of their lives by emigrating to the United States). Due to Louis’s work with several oil tanker companies, however, in 1959, the young family was able to spend the year living together in Abadan, Iran. Despite the challenges of those early years of marriage, the couple were married nearly sixty-seven years, until Catherine’s death in January 2022.

Motivated both by the prospect of charting a better life for their family and by the desire to be free from the separation that Louis’s career forced on them, in 1963, Louis and Catherine made the difficult choice to leave their beloved homeland of Greece and move to the United States with their young son. They settled in Jersey City, New Jersey, where they lived for 25 years before moving to Fort Lee, New Jersey. During Louis’s time in Jersey City, the family were members of both Greek Orthodox churches in the town, Evangelismos and Saint Demetrios.

Upon immigrating to the US, Louis worked in a variety of jobs at several restaurants. After a few years, along with his brother, John, and other partners, he opened the ParkView diner in Newark. Subsequently, in partnership with another brother, George, and brother-in-law, Peter, Louis built and operated the Manalapan diner in Monmouth County, New Jersey. The customers and staff at Manalapan came to know him for his warm smile and welcoming and gracious demeanor. In later years, he bought and ran a delicatessen in the Heights section of Jersey City. Like so many immigrants to the US, Louis worked tirelessly and without complaint with his sole focus being the welfare of his family. Since he and Catherine were the oldest in their respective families, holiday gatherings were often held at their house before their siblings had families of their own. He delighted in the warm environment that these family occasions generated. Louis had a mischievous side and his eyes sparkled with joy both when he playfully teased a friend as well as when he was the victim of someone else’s prank. He enjoyed discussing history and keeping current, often engaging in lively debates about politics in the US and in Greece.

The inherent sense of adventure that led Louis to be a merchant seaman persisted throughout his life, manifesting most obviously in his love of travel and of exploring new places. From early on in their relationship, he and Catherine took every opportunity to journey throughout their native Greece and across the European continent. Often traveling by car and soaking in different cultures and historic sites along the way, Louis would command the wheel and Catherine would be his chief navigator. They viewed their trips not only as adventures but also as educational opportunities for themselves and—most importantly—for their son, Peter. True to his seafaring days, Louis was happiest when he was near the water. Consequently, he was especially fond of the physical beauty and the traditions of the Greek Islands which became some of his favorite places to visit. He was never seen without his beloved “komboloi” in his hands…. except, of course, when he was intently looking for it.

Louis lived life with a quiet dignity and deeply felt humility. His acceptance of the differences in people and cultures along with a firm belief that all should be treated fairly and with respect, was one of his core strengths. He was consistent and comfortable with himself, without the need to adopt any pretense. Louis was described by many of his Greek friends as possessing “ευγένεια”. While not having a direct English translation, the word embodies kindness, compassion, politeness and generosity. Louis was singularly devoted to his family and cherished the time he spent with them. His adoration for Catherine was enduring and they were inseparable as a couple over the seven decades they had together until her death this past January. His son’s accomplishments were especially fulfilling and, in part, validated the sacrifices that he and his wife had made. Louis was enormously proud of his grandson, Elias, and showered him with love and encouragement at every chance. He spent countless summer hours when Elias was young playing with him on the terrace of the family home in Greece and was always eager to attend his soccer games as Elias got older.

Louis was predeceased by two siblings, George Venetis of Athens, Greece, and Anna Venetis, who died tragically in Athens as a young girl at the end of WW II.

Share Your Memory of
Louis
Upload Your Memory View All Memories
Be the first to upload a memory!
Share A Memory