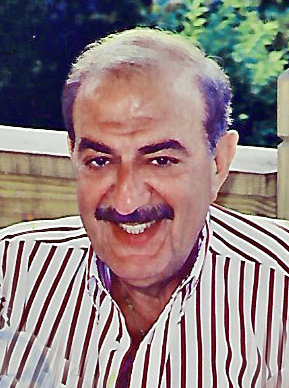 It is with deep sadness that we report the passing of Richard Saraydarian on November 2nd, 2022, at the age of 87. Richard passed peacefully surrounded by his loving family. The son of George and Alice Saraydarian, Richard was born in Brooklyn, NY, on October 4th, 1935. He was raised there together with his brother Gregory and his (now late) brother Michael.

Richard attended Brooklyn College and served honorably in the U.S. Navy before starting his business, Fine Art Velox, where he and his brother Gregory worked tirelessly for over 50 years. The child of Genocide and Great Depression survivors, Richard embodied the American dream, reaching extraordinary success solely through his ingenuity and tremendous work ethic.

Beyond his family and business, Richard’s next great passion was his church. Richard served St. Thomas Armenian Church for more than 25 years, including as parish council member and treasurer. Richard’s faith and benevolence were also expressed in his work with the Knights of Vartan and the Brotherhood of Freemasons.

Alongside his seriousness of purpose as patriarch and provider, Richard’s vibrancy and fun-loving spirit were also his trademark. Some of our fondest memories include Richard’s endless poolside play with his grandchildren, his huge smile behind towers of chips at the blackjack table, his cheers for the Mets at Shea, and his singing along with Sinatra to Fly Me to the Moon. Chess, football games, and stock market banter with his brothers-in-law was often the prelude to lavish and fun-filled family dinners. He knew how to pick the perfect stock and the perfect cabernet.

Richard, well known and loved for his warmth, generosity, and indominable spirit, brought love and grace to everyone and everything he touched. He will be dearly missed by his adoring wife, children, grandchildren, and brother Gregory, with whom he shared an exceptionally close bond of love.

Richard’s family would like to express their deep appreciation to Gregory and his wife MaryAnn for their steadfast support through the joys and challenges of life. They would also like to thank Richard’s nieces, nephews, cousins, and many dear friends for their loving support.

Richard, now resting peacefully among the angels, will live forever in our hearts.

Share Your Memory of
Richard
Upload Your Memory View All Memories
Be the first to upload a memory!
Share A Memory