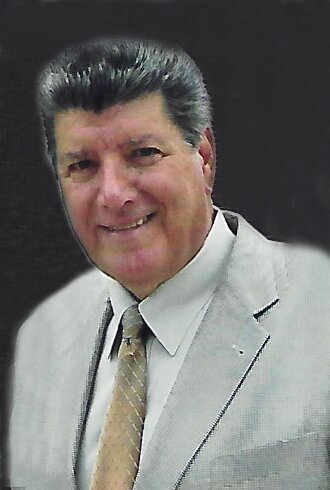 Devoted father of Karen Kunz, Robert Jr. and his wife Diane (Carlucci), Christopher and his wife Stacey, and Glenn and his wife Suzanne. Cherished “Gags” of Michael, Kevin, Brian and his wife Priscilla, Paige, Vanessa, Nicky and Christopher. After High School he received his aviation license then served his country for 8 years in the Army and National Guard. He was a loyal community leader in Palisades Park consisting of a volunteer Fire Fighter for 20 years and a member of the Exempt Association, a member of the Board of Education and Borough Council, a Freeholder Director and finally serving 2 terms as Mayor. He was honored to be appointed by President Reagan to serve as liaison to small communities throughout the United States. He attended meetings with the President, in Washington, on 2 occasions. Also having the pleasure of meeting former President Ford and former President Bush Sr. He opened and ran a sporting goods store, Bob’s Sports-O-rama for 24 years. Hired as N.J. Sports Authority to handle sales for Giant’s Stadium, the Arena and Racetrack. After leaving the business he was hired to manage Orchard Hills Golf Course. He will be truly missed by his friends, family and their pets Pluto, Ivy, Abby, Dash, and Peyton.

The family will receive their friends on Tuesday 4-8pm     at the and Kenneth Mikatarian Funeral Home 327 Main Street “opposite the Fort Lee Library”.  The funeral will leave Wednesday at  9:30 AM  for the celebration of his funeral mass in St. Nicholas  R.C. Church at 10:30 AM.   In Lieu of flowers donations may be made to St. Jude Children's Research Hospital, 501 St. Jude Place, Memphis, TN 38105.  For condolences, directions, or information www.frankpatti.com or call (201) 944-0100.

Share Your Memory of
Robert
Upload Your Memory View All Memories
Be the first to upload a memory!
Share A Memory