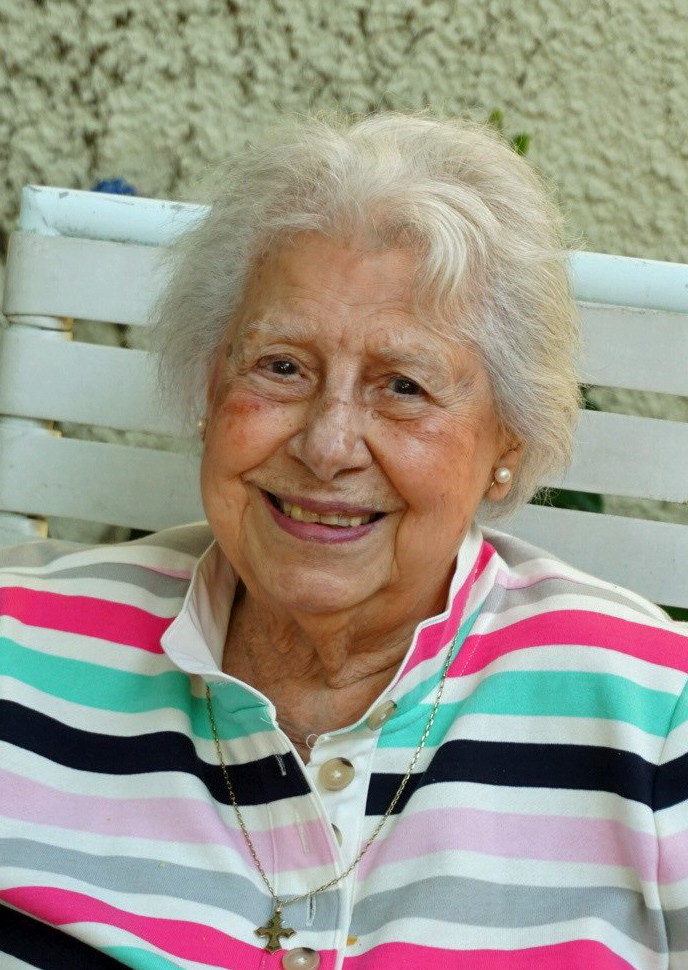 Born in New York she was the daughter of the late Jim Nicolaidis and the late Eleni (nee: Betsou) Nicolaidis. She was raised in Greenwich Village by her widowed father

She attended NYU and Hunter College at night while working as the Executive Secretary to the Vice President of Exports for the Quaker Oats Company.  She later went on to become the Supervisor of Mutual Funds for Investment Data Corp and an Administrative Assistant at Best Foods/Unilever.

Growing up she was a member of the Wesley foundation and attended the Methodist Church youth group as well as the Greek Orthodox church.

As an adult she was a very active member of the Cathedral of Saint John the Theologian in Tenafly, NJ which she helped establish. There she was also a Sunday School Teacher, past leader of GOYA, President of the Mr. and Mrs. Club and member of Kali Parea.

Angela and her husband loved to travel and were able to enjoy many trips together during their retirement.

She was a lady of wisdom, curiosity, and incredible strength.  Those who knew her will never forget her positive attitude, sunny disposition and kind and selfless ways.  Angela could light up the room with her smile.  Angela’s greatest joys in life were her family, faith, and making people happy!

The family will receive their friends on Wednesday 10:30 - 11:30 AM. Religious Service to follow, all at St. John The Theologian Greek Orthodox Cathedral, Tenafly at 11:30 AM. In lieu of flowers, donations may be made to IOCC (International Orthodox Christian Charities) at IOCC.org.

Share Your Memory of
Angela
Upload Your Memory View All Memories
Be the first to upload a memory!
Share A Memory