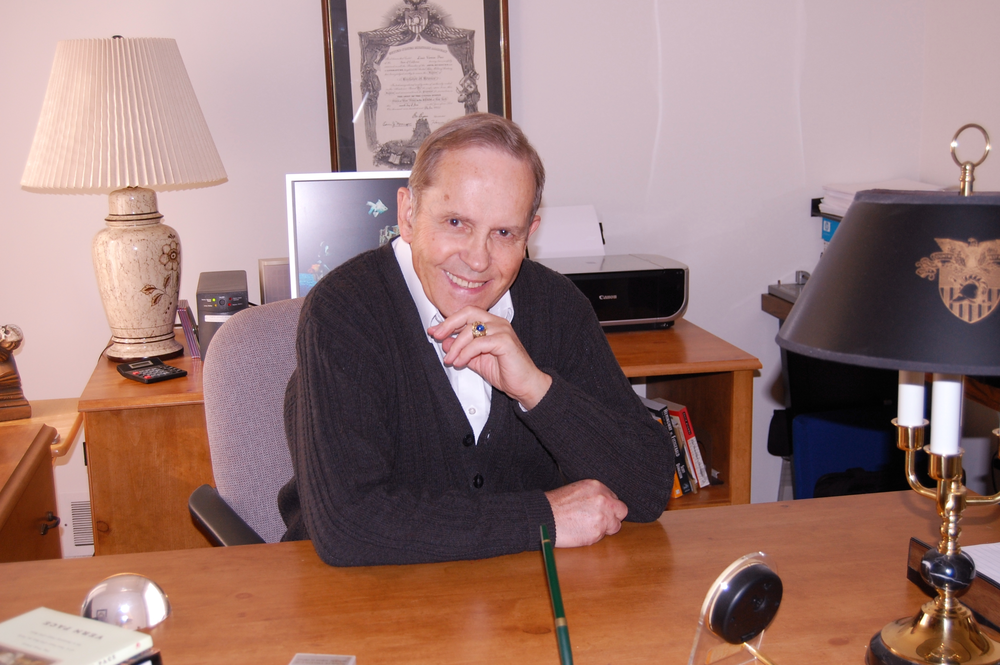 Louis Vernon Pace died on November 20, 2019 at the age of 88 years. Born in Phoenix, Arizona on May 18, 1931 to Loran and Notene Pace, he had one sister, LaVonna. He graduated from St. Anthony's High School in Long Beach, California in June 1950 and from the United States Military Academy at West Point in 1955. Vern served in the 25th Infantry Division in Hawaii, resigning his commission in 1958.

Vern married Ann Stevens in 1955. They had five children-Mara (now deceased), Dwight, Jacqueline, David, and Dawn (now deceased). Ann and Vern were divorced in 1974. In 1978, Vern married Peggy Bricker who had two children, Bradley and Terri.

Over 55 years, Vern worked for a variety of companies including Hughes Aircraft Company, the Lord Corporation, and Zurn Industries, retiring in 1993 as President of The Permutit Company in New Jersey. Vern was associated for 25 years with the Canadian firm, Eco-Tec Ltd., as a consultant and Board of Directors member.

Peggy and Vern lived in Muirfield Village in Dublin, Ohio for 20 years. In 2014, the couple moved to Port Charlotte, Florida.

Vern was an avid reader and writer. He co-authored a novel, East of Peter's Landing, with his uncle, Denny Pace. He also authored Vernon, the True Story of a Ten-year-old Boy by a Seventy-year-old Man and the novel, Crucible of Faith.

Vern is survived by the love of his life, Peggy, five children, 13 grandchildren and four great grandchildren.

Contributions may be made to: Boys Town