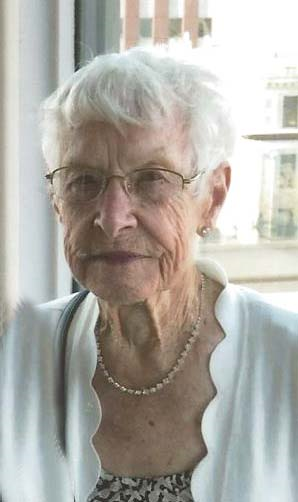 Agnes Duff died peacefully at home in Wall, NJ on January 21, 2021 at the age of 94. Known affectionately by those who knew her as “Aunt Aggie,” Agnes was a kind-hearted and loving presence in the lives of many.  She began her adult life as a teacher, a passion she immersed herself in for more than three decades, teaching kindergarten and first grade in Fort Lee, NJ.  She loved being around children, whether in the classroom or caring for her large circle of nieces and nephews. Agnes was a devout Catholic who truly had a heart for serving people.  Upon moving to Wall, Agnes and her lifelong friend Rose Marie Battaglia, were a regular presence at St. Elizabeth’s Catholic Church in Avon.  Agnes had a love of crafting. Her incredible cooking, especially her pasta, pizzelles, and wine biscuits brought joy to her large extended family and many friends, and will be missed by all.

Due to Covid, the family will hold a private prayer service at Patti and Mikatarian Funeral Home in Fort Lee, NJ.  A memorial service will be held at a later date at St. Elizabeth’s Church in Avon.  In lieu of flowers, contributions to hospice or a favorite charity are encouraged.