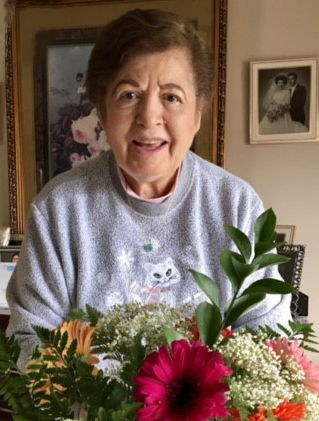 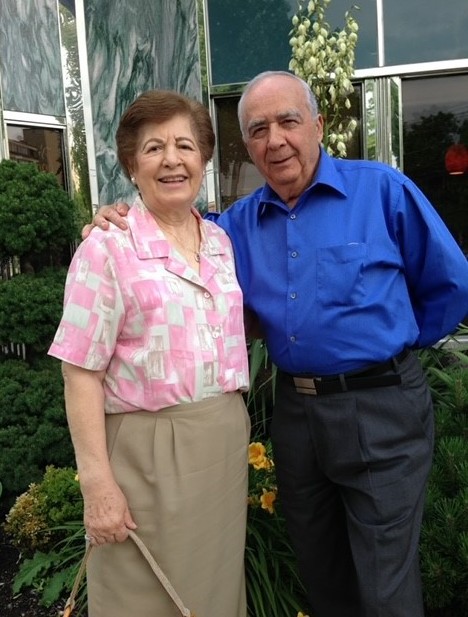 Catherine was born on December 26, 1934, to Anthony and Basiliki Palles in Laconia, Greece. She emigrated to the United States in 1954, and worked as a seamstress until she met the love of her life.

In 1962, Catherine met Spyros Douvris, also from Laconia, Greece, while he was working in her uncle’s restaurant in Brooklyn, NY. They immediately hit it off and married only 1 year later in 1963.  They lived in Fairview, NJ, and the two had their first son, John, in 1964. Their second son, Anthony (Tony), was born in 1967.

When Catherine had John, she decided to dedicate her life to being a fantastic and wonderful mother. Catherine excelled at supporting John in his pursuit of a medical career and Tony in his dreams of becoming a successful businessman, all while providing a loving and welcoming home for her husband, children and extended family.

In 1970, the family moved to their new home in Fort Lee, NJ. It was there where Catherine’s passion for gardening and cooking blossomed. When she wasn’t busy filling her home with warmth and kindness, she could be found taking care of her homegrown vegetables and herbs, as well as perfecting the many Greek recipes passed down from her mother.

In addition to being a fiercely dedicated wife and mother, she loved being a yiayia to her 5 grandchildren. Family came first and was above all else to Catherine, a value she instilled in all those around her. The void left by her absence is impossible to fill.

Catherine was predeceased by her parents, her sister Helen Poulakos, her brother Peter Palles, and her son Anthony Douvris. She is survived by her husband Spyros Douvris, her brother Samuel Palles, her son John Douvris and his wife Aimee, her daughter-in-law Donna Douvris, her 5 grandchildren Katerina, Michelle, Nikolas, Peter, and Sofia, in addition to many loving nieces, nephews, cousins, extended family and friends.

May your memory be eternal, Catherine, and may God grant rest to your soul.

In lieu of flowers, a donation can be made in Catherine’s memory to the charity of your choice.

Share Your Memory of
Catherine
Upload Your Memory View All Memories
Be the first to upload a memory!
Share A Memory