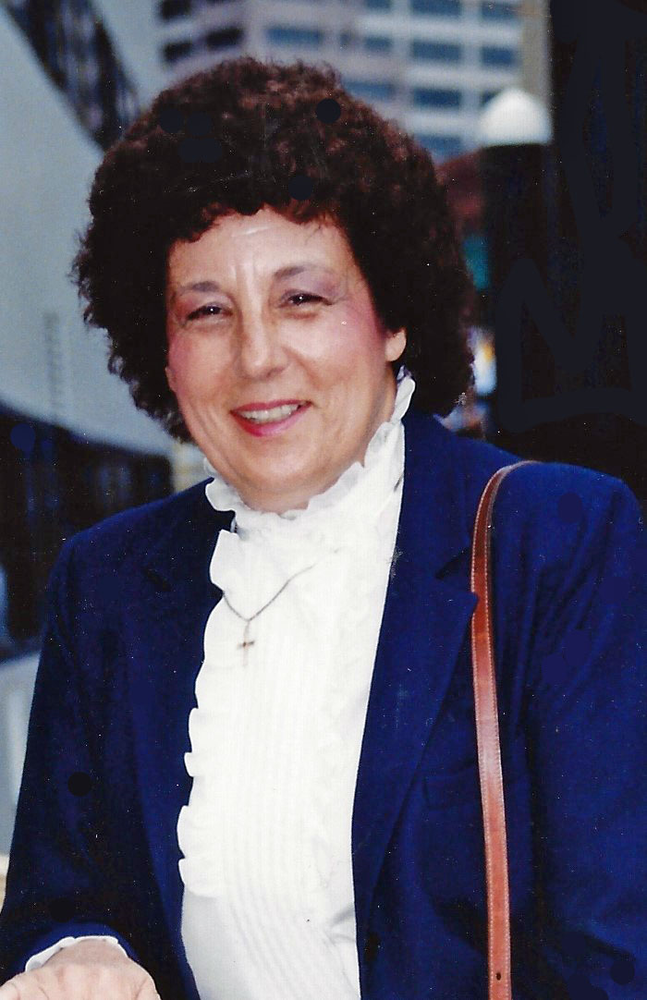 Elaine is survived by her two daughters Linda and Lenore, grandchildren Kristen, Rob, Teresa, Paul and Peter, great grandchildren Sebastian, Julian and Gioia, and two grand daughter-in-laws Lauren and Rosie. She is predeceased by her husband Sebastian (Bash).

Elaine was born in Clifton, NJ and was married to Bash for 27 years before he died prematurely at the age of 51. Elaine was always devoted to her family only waiting to be rejoined with her husband which she now is.

In Fort Lee her grandchildren's friends knew her as Gramburger for all the burgers she cooked for them at the pool where she always let them swim. In San Diego, she was known for "Mama Licata's meatball sandwiches" which she would make for her other grandchildren to sell at their sports fundraisers during their games.

Elaine is an identical twin and her sister Claire passed away in 2018. The twins, as they were called, did everything together. Both were RNs graduating from St. Mary's Hospital School of Nursing and certified by the State Board of Nursing, both worked in hospitals then became school nurses and taught health education. Elaine did so here in Fort Lee at School # 1 on Whiteman Street for 25 years until retiring in 1992. Elaine received many tributes and thanks from parents, students and her administrators for her professionalism, her compassion and her service to her community both in and out of the School.

After retirement she volunteered for many years at Sacred Heart Church and School in Clifton NJ, where she attended mass every week, teaching and doing ceramics in the senior room and calling Bingo at the weekly fundraiser.

She was the unofficial president of the Whitney Houston fan club and knew the score of The Bodyguard by heart "in case they need an extra sometime", she'd say. She was also an avid fan of the Yankees watching all the games (multiple times!) and reading books about her favorite players.

She will be missed by many.

The family will receive their friends on Wednesday 4:00 - 7:00 pm at the Frank A. Patti and Kenneth Mikatarian Funeral Home 327 Main Street "opposite the Fort Lee Library". The funeral will leave Thursday at 10:30 AM for the celebration of her funeral mass in Madonna R.C., 340 Main Street, Fort Lee, NJ at 11:00 AM.

In lieu of flowers the family prefer donations be made to organizations that support the aged and those with dementia. Some of those include Justice in Aging, Second Wind Dream and the Institute for Aging, but there are many others.

Share Your Memory of
Elaine
Upload Your Memory View All Memories
Be the first to upload a memory!
Share A Memory