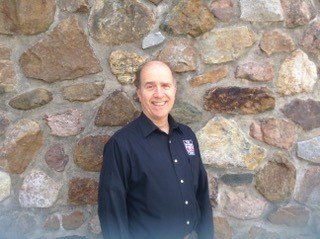 Stephen George Nellissen lost his battle with lung cancer at his home in Fort Lee, NJ on March 5, 2021. He was 67.

Steve was born in New York City on April 11, 1953 to Clifford and Jane (Cowen) Nellissen.

He grew up in Manhattan, where he enjoyed playing in Central Park with his younger brother, Chris. At age 13 he started playing bridge, which soon became a passion and continuous theme throughout his life.

He graduated from Friends Seminary in New York City in 1971 and attended Connecticut College.

Steve’s professional life began in his family business, Nellissen-Reiss/Christeval. Later, he traded stock options on the American Stock Exchange. After long days on the trading floor, Steve was greeted at home each night with running hugs from his two young daughters.

In 2004, Steve decided to make his life’s passion into a profession. He founded The Bridge

Table with his wife Amy, where he fostered a love of bridge and a sense of community among hundreds of northern New Jersey residents.

Early in the pandemic, Steve transitioned to directing bridge games online, and then coached

his players, one at a time, through the process of re-connecting with each other for online

Bridge. He was known to greet each player individually to make people who were home alone feel that they were amongst friends and had a sense of purpose in a lonely time.

Steve also loved tennis. He played in many leagues, taught his daughters how to play, and had a fierce backhand.

Steve went out of his way to make people feel welcome in any situation. He was known for his dry humor and terrible puns, which resulted in chuckles and even a few eye-rolls. He was the King of his family’s heart.

Steve is survived by his wife, Amy, and two daughters Emily and April.

His life was a blessing. His memory a treasure. He is loved beyond words, and missed beyond measure.

A memorial service will be held on Saturday, March 20 at 11 am on Zoom. Visit the Unitarian

Society of Ridgewood website that morning for the link.

In lieu of flowers or food, please consider a donation to:

his time and the proceeds from The Bridge Table’s Cellphone Penalty can to this group.

throughout the school year. Students who fully participate during the year earn a trip to

Education Foundation, write “Bridge” in the memo line, and mail to: Barbara Clark, 101