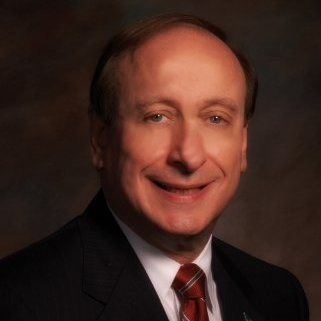 Joseph Charles Napoli, MD, age 74, who practiced psychiatry in Fort Lee for nearly 45 years, passed away peacefully on April 9, 2021. He was born in Weehawken, NJ to the late Joseph D Napoli, MD and his wife Mary (nee Iorio), but grew up in Fort Lee. His sisters Elaine Duncan and Diane Napoli pre-deceased him. A Distinguished Life Fellow of the American Psychiatric Association, he had assumed the role of Speaker of the APA Assembly just prior to becoming ill. He previously served as an APA Assembly Representative and on the Assembly Executive Committee. An expert in post-traumatic stress disorder, he received the 2003 APA Bruno Lima Award in recognition of his outstanding contributions to the care and understanding of the victims of disasters, and he also co-authored the book “Resiliency in the Face of Disaster and Terrorism: 10 Things to Do to Survive.” He was Past President of the New Jersey Psychiatric Association, which has honored him by adding his name to the Platinum Award for exceptional service to the NJPA organization. It is now the Joseph Napoli, MD Platinum Award. Dr Napoli was an Assistant Professor of Clinical Psychiatry at Columbia University College of Physicians and Surgeons. He earned his medical degree at Georgetown University School of Medicine and completed his psychiatry residency at the New York State Psychiatric Institute/The Presbyterian Hospital in the City of NY, where he was Chief Resident. Joe leaves behind his loving family, wife Loretta (nee Spiaggia), daughter Gina, her husband Nicholas Gee and their daughters Lily and Beatrice, and daughter Laura and her partner Brian White. Due to the Covid 19 pandemic, the interment was private, however condolences may be submitted on-line via the Patti Mikatarian Funeral Directors website. In lieu of flowers or other courtesies, the family would welcome donations in his memory to Sandy Hook Promise and Doctors Without Borders.

Share Your Memory of
Joseph
Upload Your Memory View All Memories
Be the first to upload a memory!
Share A Memory