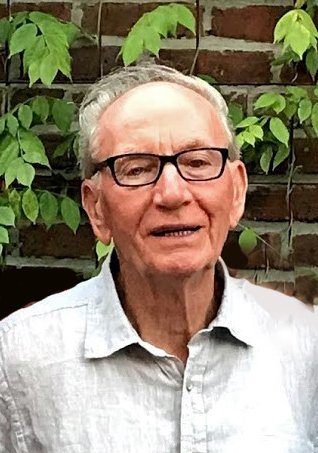 John was born 1935 in Susak, country of Yugoslavia.  One of 5 siblings he witnessed war planes flying over the Island as a child during WW2. Served in the Yugoslav Navy as a young man and shortly thereafter with his wife and 1st born toddler son escaped Communism for freedom/a better life in America with the help of his father-in-law who had already made it to the U.S. Originally settling in Hoboken, moving to West New York & then became a long time resident of Fort Lee.  John overcame educational disadvantages & not speaking English at first by working extremely hard & being mechanically inclined. John was a machinist by trade, worked in the textile industry as a machine mechanic for Winston Mills, then later as a mechanic at Ferguson Propeller where he helped build giant propellers for U.S. Naval Ships – a job John was most proud of; he retired from Precision Technologies in Norwood after the death of his wife in 2004. In retirement John enjoyed taking summer vacations in his ancestral nation of Croatia, gardening, watching soccer, tennis & other sports, specifically watching Croatian athletes, and most of all spending time with his family, including visiting his grandchildren on weekends whom he always spoke proudly of.

The family will receive their friends on Thursday 4:00 - 8:00 PM at the Frank A. Patti and Kenneth Mikatarian Funeral Home 327 Main Street “opposite the Fort Lee Library”.  All are asked to assemble Friday at 10:00am at St. Nicholas Church for the celebration of his funeral mass. . For condolences, directions, or information www.frankpatti.com or call (201) 944-0100.