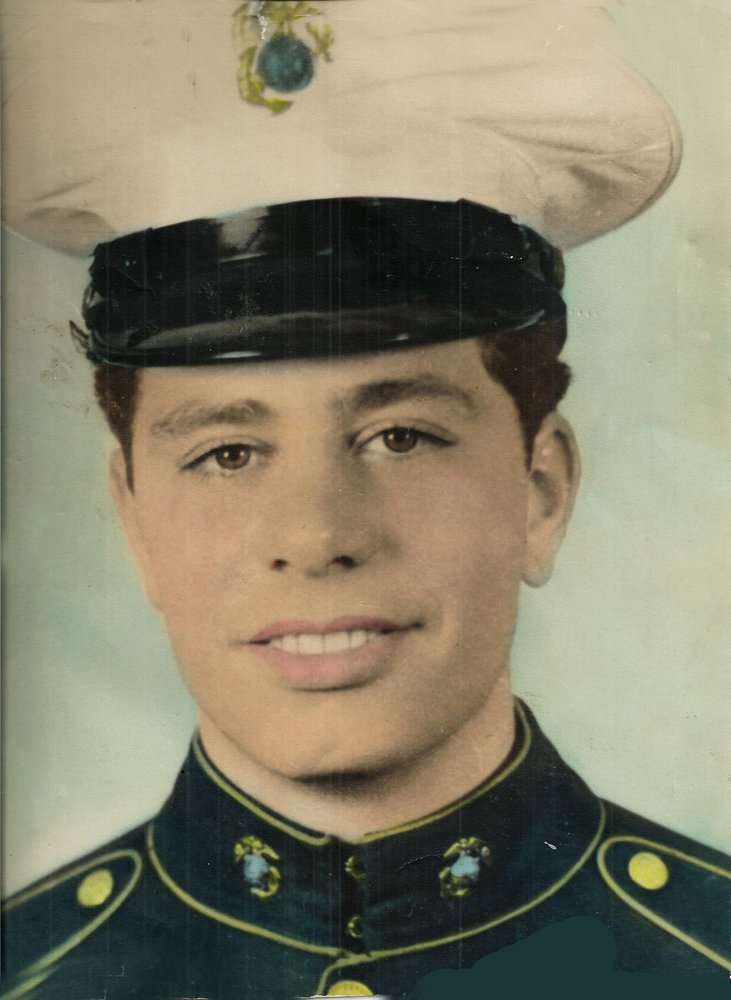 Born in Hoboken, NJ., 97 years ago, Ben lived a full life, dying at home surrounded by his caring family. He grew up with his brothers, John and Vincent (Jimmy).  Ben was an active sportsman, playing semi-pro baseball before WWII.  He enlisted in the Marine Corp and became a Marine Raider.  He survived the Battle of "Sugar Loaf Hill" on the Island of Okinawa as a mortar man. Ben was one of the first Marines to occupy Japan at the close of the war.

After leaving the service, he fell in love and married Mary Krambis, and they started a family.  They had 6 children.  He worked for many years as a local contractor and built his own home in Palisades Park.

Ben was an avid sportsman, his involvement in tennis and golf made him many friends.  He made Singer Island, FL., his second home during the winter months.  The warm weather allowed him to continue to play golf and make new friends.

As a member of St. Michael's Church for many years, he reconnected with the church and re-established his love for the Blessed Mother.

The family will receive their friends on Thursday 4:00pm-8:00pm at the Frank A. Patti and Kenneth Mikatarian Funeral Home, 327 Main Street "opposite the Fort Lee Library."  The funeral will leave Friday at 11:45am for a celebration of his funeral mass in St. Michael's R.C. Church at 12:15pm.

Share Your Memory of
Ben
Upload Your Memory View All Memories
Be the first to upload a memory!
Share A Memory